American Humane has been first to serve with the U.S. military for a century: Our animal rescue program was born on the battlefields of World War I Europe, where, at the request of the U.S. Secretary of War, volunteers with American Humane deployed to rescue and care for 68,000 wounded war horses each month.We continue to proudly honor this legacy today through American Humane’s Lois Pope LIFE Center for Military Affairs. The program, founded through the generosity of philanthropist and passionate veterans advocate, Lois Pope, offers meaningful support to our Armed Forces with two key areas of focus: first, providing lifesaving service dogs to veterans suffering from Post-Traumatic Stress (PTS); second, protecting America’s hard-working military dogs and recognizing their heroic contributions to our country – both on and off of the battlefield.

Our Pups4Patriots™ program gives veterans with PTS and TBI with support they need, while also giving shelter dogs across the United States a second chance at life — ultimately saving lives on both ends of the leash. 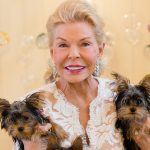 Philanthropist Lois Pope is one of the nation’s leading advocates for America’s active-duty military, veterans, and military animals.

The driving force behind the establishment of the American Veterans Disabled for Life Memorial in Washington, D.C., the nation’s first and only permanent public tribute to the four million living disabled veterans and those who have died, she recently endowed the American Humane Lois Pope LIFE Center for Military Affairs. The Center builds on American Humane’s 100 years of work with the U.S. military by providing life-changing, life-saving programs to:

With her help – and yours – American Humane is opening a second century of caring for our military heroes – at both ends of the leash.

Our Pups4Patriots™ program rescues qualified shelter dogs and trains them to offer the best possible assistance to veterans with Post-Traumatic Stress (PTS) and Traumatic Brain Injury (TBI). All the dogs…

American Humane is committed to recognizing and celebrating the lifesaving contributions of the brave dogs who support our armed forces on the battlefield. The inaugural American Humane Lois Pope LIFE…

Like their human counterparts in our armed forces, lifesaving military dogs can sustain serious and lasting wounds on the battlefield and suffer health challenges in their retirements. American Humane is dedicated…

After years of being classified as “equipment” with thousands of military dogs being disposed of or left overseas, American Humane worked with Congress to require that military working dogs be…

American Humane and Zoetis are working together to help save lives on both ends of the leash through the Pups4Patriots™ program, which rescues unwanted dogs in need of homes and…

Coleman Natural Foods: 25+ dogs and veterans to be matched

Service Dogs: What you need to know

In October 2019, a courageous five-year-old Belgian Malinois special operations military working dog named Conan took part in the Barisha raid in Syria, which resulted in the death of the then-leader of ISIS. Conan joined a long list of heroic military working dogs whom we celebrate each day, but especially on National K9 Veterans Day, taking place on March 13.…
March 12, 2020

Last week, the U.S. House of Representatives passed the PAWS for Veterans Therapy Act, H.R. 4305, which would allocate federal funds for the training of service dogs for veterans. American Humane is excited that this bill is taking off – it passed with a bipartisan, unanimous bipartisan vote. In an era of increasingly bitter partisanship, it’s heartening that members of…
February 10, 2020
See All Updates

Wags4Patriots Guide to Getting a PTS Service Dog

American Humane’s military program is made possible through the generous support of our sponsors: