According to a recent United Nations report, there are currently one million plant and animal species on the verge of extinction. The film comes amidst a global pandemic that many believe to have been caused by the trafficking and consumption of exotic animals.

“During this current global crisis, we are seeing an uptick in poaching and slaughtering of some of the world’s most endangered megafauna, which underscores the critical need to rapidly increase conservation efforts across the world,” said Dr. Robin Ganzert, president and CEO of American Humane, who is also an executive producer on the film. “Certified zoos and aquariums are on the frontline of saving species around the world through conservation, rescue, breeding and environmental awareness. You can’t protect what you don’t love, and you can’t love what you don’t know. We at American Humane are so thankful to Helen for joining us in telling this critical story of survival, while educating others on how to be advocates for animal welfare.”

Mirren is an accomplished actress with an international career that spans stage, screen and television. One of the world’s most distinguished and celebrated actresses for more than a half-century, Mirren has won many awards for her powerful and versatile performances including an Academy Award for Best Actress, the Tony Award for Best Actress and an Emmy Award for Outstanding Lead Actress. She is among those in the select category of performers who have attained the Triple Crown of Acting.

This documentary will draw significant attention to the dire circumstances facing animals today and illustrate how certified zoos and aquariums are saving endangered species. “Escape from Extinction” is directed and produced by Matthew Brady of MRB Productions and is expected to be released in the fall of 2020.

About American Humane
American Humane is the country’s first national humane organization. Founded in 1877, American Humane is committed to ensuring the safety, welfare, and well-being of animals, and our leadership programs are first to serve in promoting and nurturing the bonds between animals and people. For more information or to support our work, please visit www.americanhumane.org 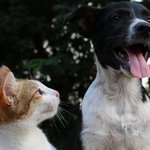 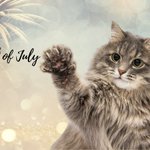 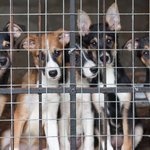