American Humane believes terms such as “no-kill,” “open-door” (or “open-admission”), and “pound” are pejorative and divisive and serve to pit members of the animal welfare community against one another, instead of fostering an attitude of respect and collaboration around the common goal of saving animal lives.

American Humane’s position is in line with principles set forth in the “Asilomar Accords,” which was developed in an unprecedented meeting in 2005 of animal welfare leaders from across the country. The Asilomar Accords recognizes that all stakeholders in the animal welfare community are dedicated to the same goal regardless of differing philosophies and approaches to the issue. The Accords encourages a sense of unity in the field, while respecting the differences inherent to various organizations, communities, and geographic regions.

Local shelters probably won’t drastically change the way they look or function as a result of the Accords. What will change is the amount and type of opportunities for collaborative solutions to each community’s animal welfare issues. Whether that means arranging to transfer sick animals from a shelter without a vet to one with veterinary resources, or creating a coalition of local animal control agencies, non-profit shelters, and community members concerned about feral cats, the Accords lay the groundwork for collaborative efforts and mutual support of those seeking to save the lives of all healthy and treatable companion animals

In our recent #FiresideChat, @JeanShafiroff, spokesperson for our #FeedTheHungry fund, speaks to the dedicated people working seven days a week to care for animals for whom a shelter is often a last chance for hope. Listen to the full conservation: https://bit.ly/2ZrZyiL 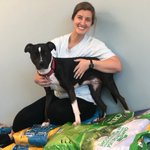 Why couldn't the leopard play hide and seek? Because he was always spotted.… Happy #July1st and #InternationalJokeDay to all of our fellow #animallovers! 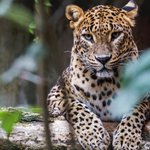 Rest in peace, Shanthi. Thanks to you and the @NationalZoo for your amazing contributions to #animalconservation.