What happens when you take an anxious millennial and an old-school, macho detective, throw them in a Nissan and have them drive around Los Angeles, searching for murderers? You get the new 20th Century Fox comedy, Stuber, of course. Starring HBO’s Silicon Valley’s Kumail Nanjiani and Guardian of the Galaxy’s Dave Bautista, Stuber is an action/comedy for the ages—the technological ages. Stuber also features some amazing animal actors, including an adorable pit bull who has become a big part of Stuber’s ad campaign (he’s featured on the poster).

We’re happy to tell you American Humane Certified Safety Representatives were not only on set, working closely with the animals’ trainers to ensure their safety at all times, but Stuber’s cast and crew were incredibly accommodating and a blast to work with. American Humane’s Chad Byrnes had a chance to interview the film’s director, Michael Dowse, and get the skinny on pit bulls, actors and working with animals behind the camera. Read on for the interview!

American Humane: As the director, how difficult was it to get certain shots of the animals you worked with? For example, having the dog (Stoker) in the front seat of the car for a few scenes looked challenging. Did you work closely with the dog’s trainers?

Michael Dowse: We worked very closely with the dog’s trainer.  Flew them out to Los Angeles to work with us, as the main shoot was in Atlanta. What helped was Dave Bautista’s love of dogs. He has three pit bulls himself.  So he knows the breed well. He was fantastic with Stoker. Kept him calm and would monitor how he was doing on top of the wrangler and trainer… I’d even say Dave and Stoker even shared a similar look. Like if Dave was a dog he’d be a Pit Bull and vice versa.

American Humane: Do you have a say in casting an animal in your film? Is it important for you to get the “right” animal? Behavior, look, etc?

Michael Dowse: It’s case by case.  For this film, the look was most important as it had to feel authentic to L.A. and the neighborhood they found the dog in. A Pit Bull was the best match. Then you try out a few different dogs of that breed, test the personality and the ability for each one to take commands. You lean heavily on the animal wrangler, dog owner and trainer for their experience with the animal. What we needed the dog to do was not complicated, so the look was more important.

American Humane: In your new film there are scenes where the animals work closely with actors. What are the challenges of shooting a scene with an actor interacting with an animal? Do the actor and the animal have to get acquainted off-camera prior to shooting the scene?

Michael Dowse: For sure. It’s always a good idea for the actor and animal to spend time together for both to feel safe and familiar. I think you need to make sure both are comfortable with each other and what the scene needs.

Michael Dowse: The experience was great.  I have a dog and love animals so I hope she (American Humane’s onsite Safety Representative) felt like Stoker was in good hands.

Michael Dowse: I think it’s so important they’re there. The pressure of shooting can sometimes overtake things, so you need that person there who has the animal’s best interest in mind. It’s up to the director and assistant director to make sure that person is listened to.

Make sure to check out Stuber when it crashes into theaters July 12th! 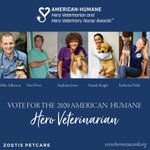 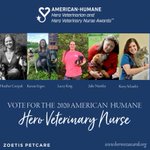 You can help put the leash of a #servicedog into the hands of a #veteran in need by taking part in a virtual 5K later this month. Read more about the #P4P5K: via @ConnectingVets 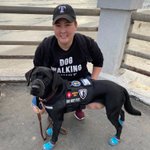 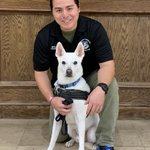 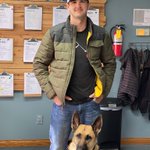