Heroic dogs can come from any background, just like K-9 Flash. Local officials found Flash as a puppy, just a few months old, wandering the streets of Everett, Washington with no family or friends. In 2005, the Washington State Patrol Academy was looking for K-9 candidates and came across Flash, who excelled in all areas needed to make a good law enforcement dog – she had fantastic hunt, air scent, retrieve and prey drive.

After training in narcotics detection, Flash graduated as the only dog to score 100 percent on her certification – no small feat. Close to a decade later in service, Flash worked with the Yakima Police Department to help keep her community safe, deploying more than 3,000 times and making 2,200 narcotic related finds and seizures.

In 2013, K-9 Flash retired and was adopted by her former handler, Officer Jason Johnson. With Flash at his side, Jason started a charity, Project K-9 Hero which helps fund medical expenses for retired military and law enforcement working dogs. Jason wrote a book, K-9 Flash Becomes a Hero, that told his pup’s story.

Flash’s story inspired people across the country, including many children, to consider the lives and welfare of retired working dogs. In that way, K-9 Flash continued her heroism even after she retired from the police force.

In 2018, Flash was honored as our American Humane Law Enforcement/Honor Hero Dog. Sadly, Flash crossed the rainbow bridge last year. But she lives on in the hearts and minds of all those she inspired and protected.

The search is underway for this year’s top dog and voting on the first round of this year’s applicants just closed. To learn more, and participate in the second round of voting, visit www.HeroDogAwards.org.

Less than two weeks to vote for the finalists of this year’s #HeroDogAwards! Get in your votes daily until July 16 and your favorite #dog could become a television star on @hallmarkchannel! Vote here:

The American Humane Hero Dog Awards® are an annual campaign that recognizes heroes on both ends of the leash. Seven courageous canines will be featur...

It’s International Kissing Day, and we can’t think of a better way to celebrate than by giving a big smooch to your favorite furbaby! #InternationalKissingDay 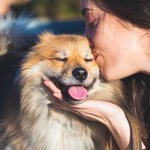 Did you know that owning, walking and playing with a family #dog could encourage your toddler's social and emotional development? Read more in @CNN from @krstnro: and consider adopting a pup in need of a home! #Adopt #Dogs 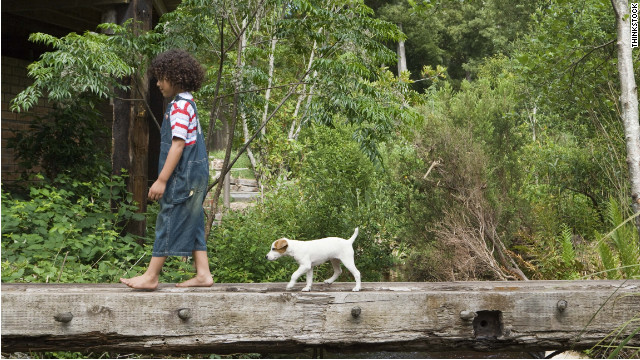 Owning, walking and playing with a dog could boost your toddler's social-emotional development, a new study finds.